Each month, the BLS produces a wealth of data from both its household survey and its establishment survey. The latter, in particular, gives us a view of where jobs are actually being created during this terrible pandemic. Normally, the data widely cited from these surveys are seasonally adjusted, but for our purposes we will look at only the non-seasonally adjusted data. The reason is that we know that the economy and employment took a huge hit – greater even than we experienced during the Great Depression and in a shorter period of time. The pandemic has essentially nullified any seasonal hiring patterns; as a result, looking at seasonally adjusted data can’t provide us the clearest picture of what is actually going on.
At the highest level, from March through July of this year, the private sector created a total of some 583,000 jobs, while government (federal, state, and local) added another 108,000 jobs. Of the 583,000 private sector jobs, the overwhelming proportion (83%), or 484,000, were created in the service sector. The service sector, on average, created 117,000 jobs per month, compared with only 20,000 jobs in the goods sector. 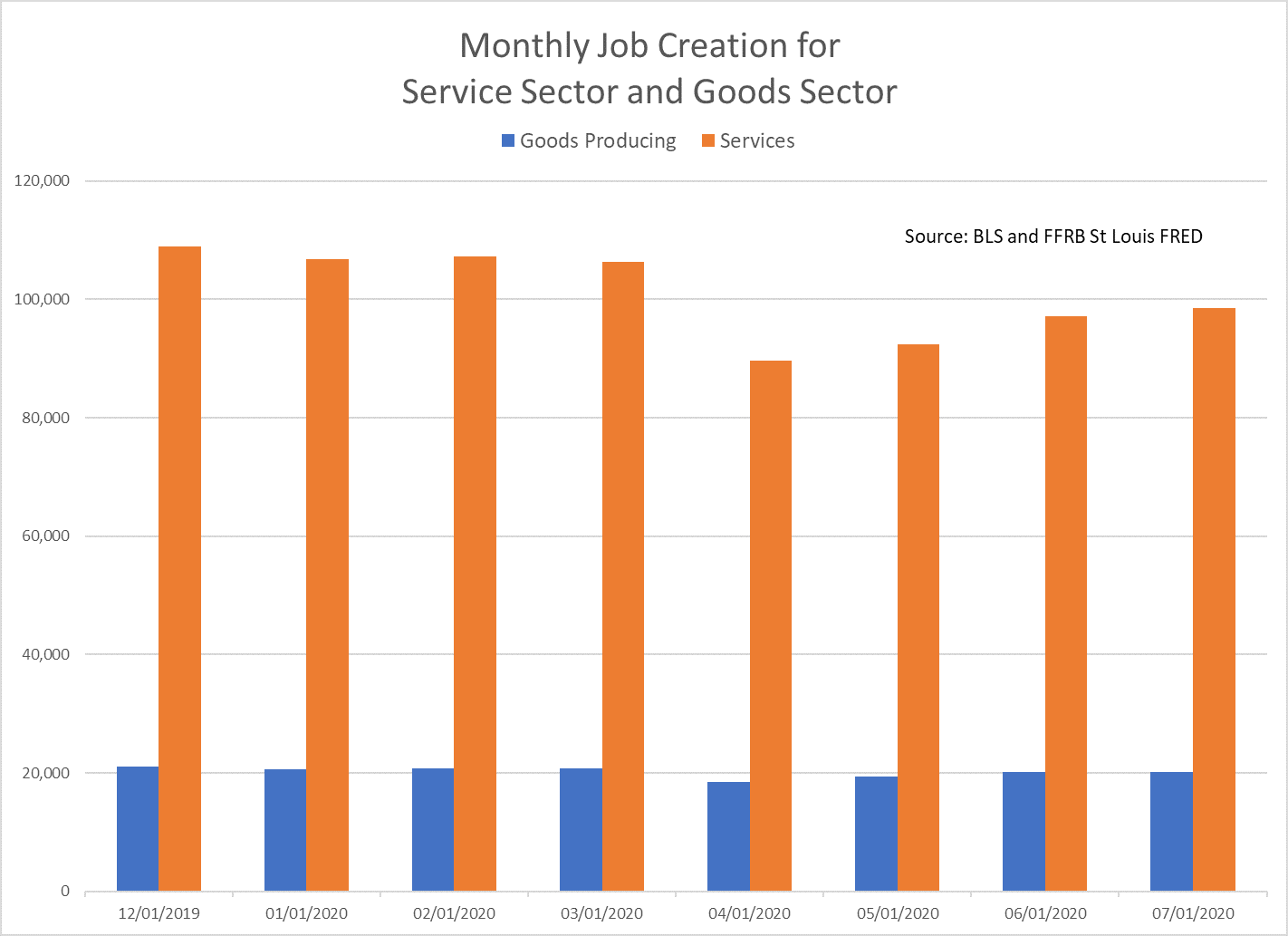 All this confirms what we know: The US is a services economy. The percentage of job growth accounted for by services is approximately equal to its proportion of GDP, as well.
Of the ten major service sectors identified by the BLS, four account for 71% of the service sector jobs created from March through July. These are retail trade (15%), professional and business services (21%), education and health services (24%), and leisure and hospitality (13%). The following chart shows the cumulative job growth by service sector. Interestingly, although the tech sector has climbed to all-time highs in terms of market capitalization, the information sector, which includes more than just the Silicon Valley tech firms, accounted for only 13,200 of the new jobs during the same period. 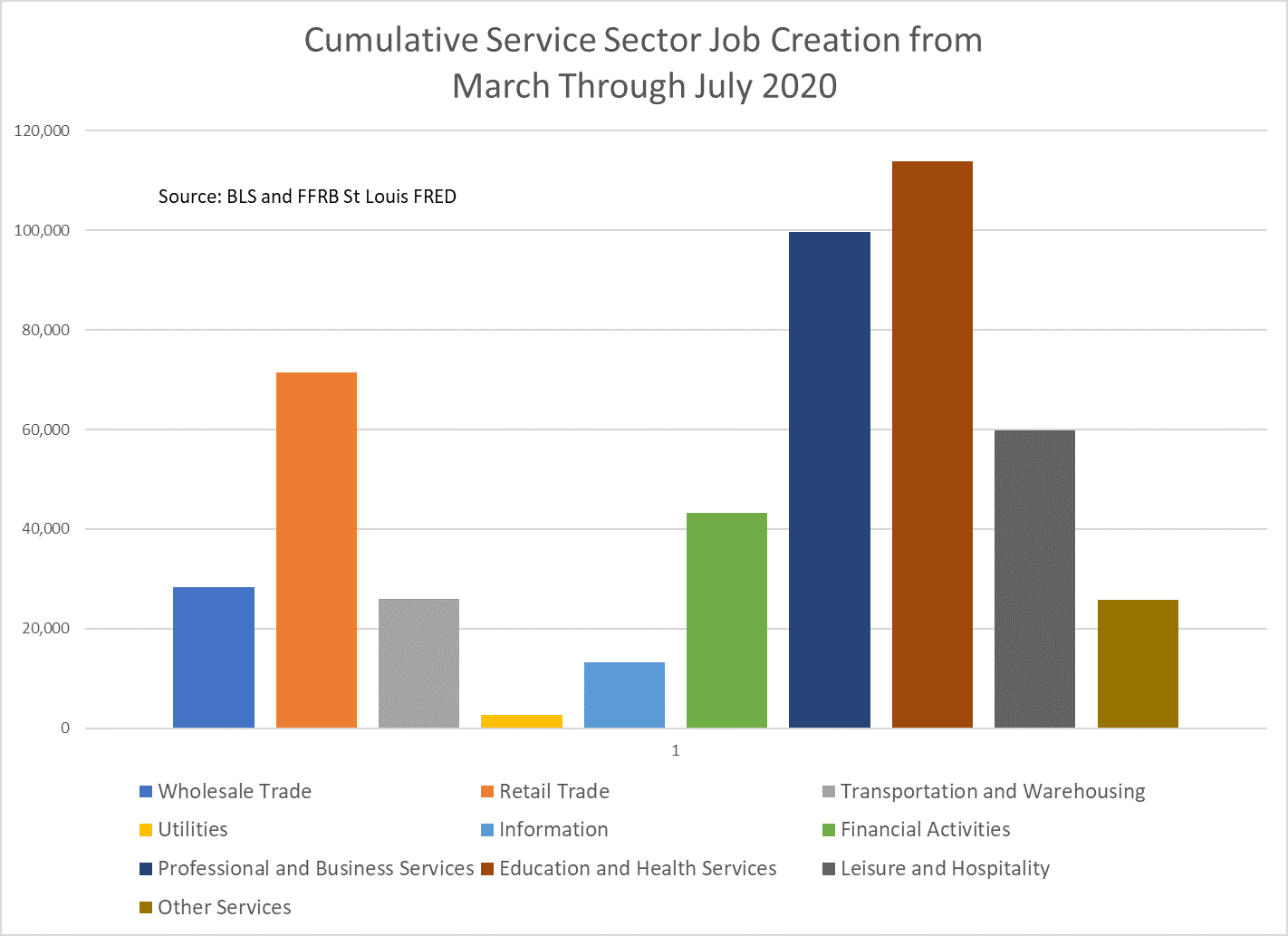 While job gains are a positive, on the negative side is the recognition that there were still some 16.3 million people unemployed in July, admittedly down somewhat from the 23.1 million that were unemployed in April of this year. Moreover, we know that the decline in the July unemployment rate was due largely to people temporarily furloughed going back to work and not to new job creation.
Robert Eisenbeis, Ph.D.
Vice Chairman & Chief Monetary Economist
Email | Bio