Although the news is somewhat stale, the January 12 release of the BLS’s Job Openings and Labor Turnover Survey (JOLTS) for November provides some additional information about the underlying dynamics of the labor market as we approached the December virus surge. The picture we see reflects some calming in the labor market after a huge surge in the percentage increase of separations in March, as the chart below shows. 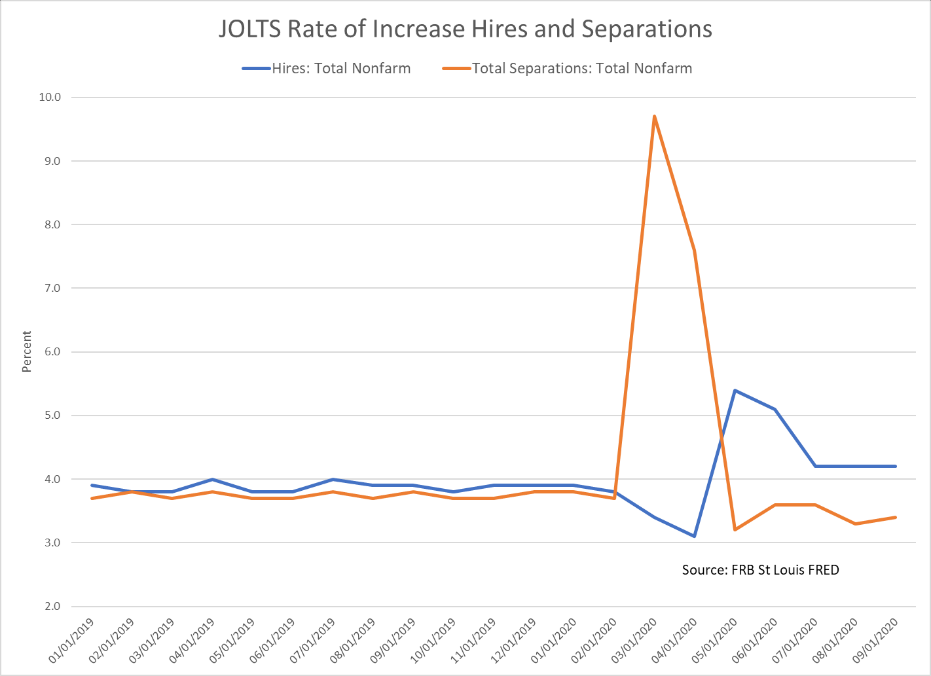 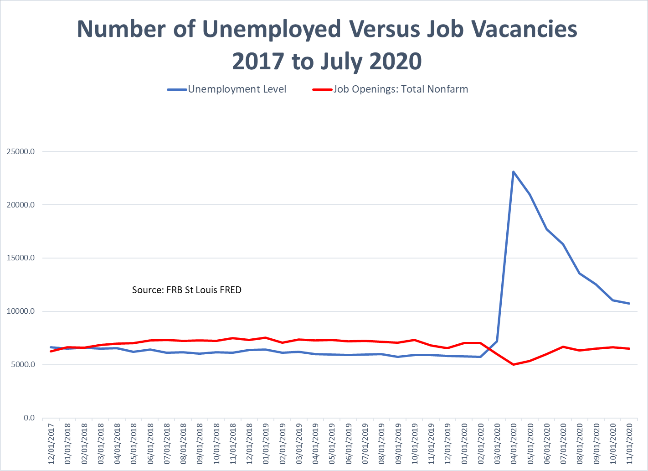 Additional data on the number of new claims for unemployment insurance suggests an even more sobering view of labor market conditions. These data show that after declining to 782,000 in the last week of December, new claims increased to 784,000 in the first week of January and then jumped to 965,000 last week. These numbers suggest that the trend, as far as the FOMC might be concerned, is not in the direction of achieving the Committee’s employment objectives at the moment. With signs of a surge in the virus and more and more shutdowns being mandated by state and local governments across the country, there is little chance that the FOMC will retreat from its accommodative policy stance any time soon.