An isolated Pacific island barely big enough to accommodate an airstrip has gained global importance (see photo: https://en.wikipedia.org/wiki/File:Marcus_Island_DF-ST-87-08298.JPEG). Some 787 miles east of South Iwo Jima, Marcus Island, or as the Japanese call it, Minami-Tori-shima (also spelled, “Minamitori”), meaning “Southern Bird Island,” is the southernmost island under Japanese governance and within the Japanese economic security zone. In its history (detailed on Wikipedia at https://en.wikipedia.org/wiki/Minami-Tori-shima) Marcus Island has been under American sovereignty and governance and Japanese sovereignty and governance.

So why is this fleck of land in the vast Pacific now so important? 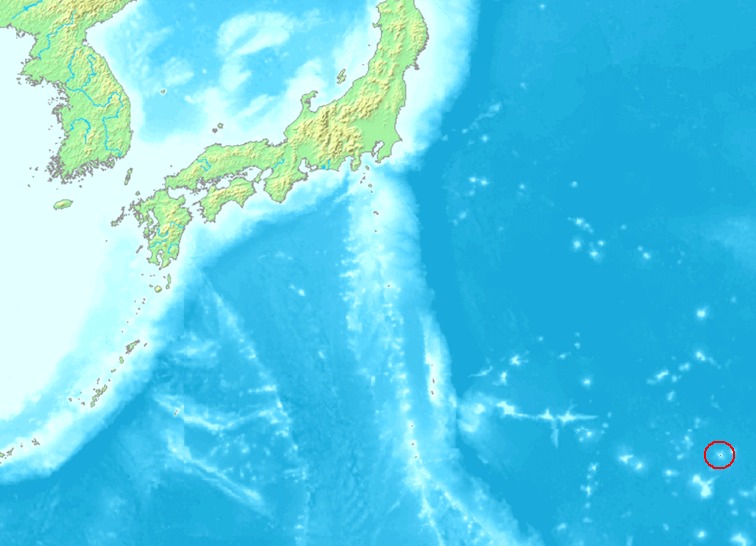 The answer is compelling: Japanese researchers have discovered huge deposits of rare earths in the seafloor surrounding Marcus Island. One recently released scientific estimate suggests that the 1000 square miles of mud in the area contains “such a high concentration of certain rare-earth elements (REE) that it could meet the world’s REE demand for almost a millennium.” This is a monster upward revision to the initial estimates.

Initial indications were that about half a century’s worth of global demand of REE could be met from this mud. That was big news to start with. (A lot depends on which chemistry techniques researchers use to determine the estimate.) The original studies we saw were confirmed by research teams from Waseda University, (https://www.waseda.jp/top/en), a school not particularly well-known in the West but a top Japanese university.

The island is now recognized to have strategic importance far beyond historical expectations. Note that there are very few proven deposits of rare earths in the world: China is currently a major global supplier; another is the Republic of Congo, which is an unstable source.

The key issue here for Japan is to be able to develop the mining operation within the Japanese economic zone. You had better believe that REE was a discussion topic at Mar-a-Lago and that the security of the region was on the table. Shinzo and Donald may have enjoyed their golfing rounds, but the REE deposits that make Japan the Saudi Arabia of REE had to be a big part of the conversation.

Note how quickly Donald said that, to get the trade balance right, the Japanese could buy more American weapons. They are doing so. And also note how the relationship has been positively intensified – as it should be, in our view.

The Japanese have had to live with a pacifist constitutional defense limit that was imposed by Douglas MacArthur after World War II. In fact, the draft of the Japanese constitution was written first in English and then translated into Japanese. The Japanese had surrendered, and General MacArthur imposed the conditions. His scriveners did the rest.

So Japan now finds itself limited on expenditures for defense needs that are being continually stretched, while Japanese politics run their course and may eventually lead to a constitutional change. The change would likely have already happened had the prime minister not become embroiled in a scandal over a land deal for a school with which his wife was involved. Meanwhile, his government has experienced resignations stemming from sex scandals. His political opposition senses his weakness and may deny him a third term.

All that said, the underlying trend of expanding Japanese self-defense activities continues and is encouraged by the United States. Now we see a new, overt act as added confirmation. Japan has launched a 2100-person “Amphibious Rapid Deployment Brigade.” It is the first such force publicly unleashed since World War II, according to a report by Geopolitical Futures (April 11, 2018). See https://geopoliticalfutures.com.

That force is stationed at Sasebo, which also happens to be the base for the USS Wasp amphibious assault ship. The combination of the two Sasebo-based forces is designed to defend and protect the southernmost Japanese islands. Sasebo is a major base in the defense of Minami Torishima. (Japan comprises an array of 6852 islands, only four of which are large.)

Meanwhile trade-war rhetoric continues between the US and China, while the East China Sea and South China Sea grow more and more significant in the geopolitical realm. Japan remains a close and reliable ally of the US, and its importance is growing once again.

Detente with North Korea may ease pressure on Japan. The North Korea–South Korea dance is fascinating, as the US orchestrates via stormy (tongue-in-cheek allusion intended) tweeted diplomacy. My how the language of the tweets has recently changed!

Markets do not expect peace to break out. The recent political changes are not priced in; notwithstanding that they are very positive. The chances of a successful Trump peace initiative are remote and have been mostly overwhelmed by Trumpian bellicosity.

Maybe just maybe, the midterm elections will produce a surprise outcome. If so, what will markets do?

For markets, uncertainty premia are high. But will tax reform, fiscal front-loaded stimulus, and repatriation overcome the obstacle of the Fed’s gradual tightening and Trump’s trade-war rhetoric? We shall see.

We remain nearly fully invested. We like the Energy sector and continue our overweight position. And we still like the banks as a group, notwithstanding the substantial fines being paid by those that have misbehaved. We also favor the smaller and middle caps, as we have done for months.

We don’t yet know how to play a rare earths mining revolution in Japan by means of an ETF. There, our exposure is limited. Jeff Usher has contributed some single stock suggestions in his newsletter, Japan Insider (https://www.japan-insider.com). Jeff offers excellent coverage of Japan, its politics, and its markets.

We do know that the rare earths story is a strategic market positive for Japan and for the United States.