The most recent tax-reform agreement between the US House of Representatives and US Senate is less hurtful to municipal bonds than initially expected. Here are some points.

Private Activity Bonds (PABs) – These are bonds issued to finance nonprofit hospitals, airports, state housing agencies, charter schools, and private colleges and universities. Under the original House bill, these types of bonds would have been prohibited. It’s our thought that the House was very hasty on this issue and saw the light in joint committee with the Senate, whose version continued to allow the issuance of PABs. These types of issuers have used the tax-exempt market for many years, and the ability to access tax-exempt financing is very important to them: The difference between a tax-free and taxable financing rate can often be the difference that determines whether a project gets done. There may be some restrictions on the ability of issuers to carry forward their allotments of PAB issuance, but the preservation of PABs is retained.

Advance refundings – These will no longer be allowed. Advance refunding is the mechanism by which state and local governments escrow older, higher-coupon bonds that are callable in a few years. It has long been a mechanism that municipalities could employ to generate cost savings on their debt. The loss of advance refundings using tax-exempt debt does not preclude issuers using TAXABLE debt to advance refund, but clearly the cost savings would be lower. Current refundings (where issuers just call their bonds on the call date and then issue new bonds) are still allowed. With state and local governments trying to find cost savings to deal with pension issues, it’s hard to figure out why Congress eliminated this. The commonsense answer is that they wanted to REDUCE the amount of potential future tax-exempt debt. There is an assumption here that investors would just buy taxable debt instead. Actually, investors would not do so, but Congress nonetheless eliminated this cost-saving tool for municipal governments, and that will reduce financial flexibility.

It appears the final bill will reduce the corporate tax rate from 35% to 21%. At the margin this will hurt municipal bonds, as the demand from banks and insurance companies may become less, since yields will be less attractive at lower tax rates. But most companies have paid lower taxes than the stated 35% in any case, so the fallout here may not be as great as pundits think. In addition, longer-maturity, tax-free bonds are very attractive versus Treasury bonds (more on that later), so depending on the maturity buying range, demand could also remain intact.

State and local tax deduction (SALT). The House bill eliminated deductions for state and local income taxes and allowed a $10,000 deduction for local property taxes. The original Senate bill eliminated SALT in its entirety. What came out of the committee was a proposal to allow up to $10,000 in deductions from state and local income taxes, property taxes, or sales taxes (adding another wrinkle). This new proposal is clearly aimed at providing some relief to taxpayers in high-tax states such as California, New York, and New Jersey. We would expect that, at the margin, this will generate increased demand from high-income investors who want to own more in-state exempt bonds

Top individual rate – lowered from 39.6% to 37%. This is just a small adjustment, and we don’t think it will impact the demand for tax-exempt bonds at all.

What have the proposed changes meant to date?

They have meant an inundation of issuance so far this December. This has included refunding deals that are trying to beat the year-end deadline, since there will not be tax-exempt advance refundings after December 31, 2017. PAB issuers are also rushing to market. Even though the committee agreement allows PABs, they are taking no chances that there will be a last-minute change. It is mid-December, and we have already seen $44 billion of issuance. It would not surprise us to see issuance climb to over $55 billion by year-end, and it could break the existing record for issuance (December 1985: $58 billion –when issuers were trying to beat the last major tax bill). We would expect some back off in supply now that PABs will be allowed. This supply will slip back to 2018. 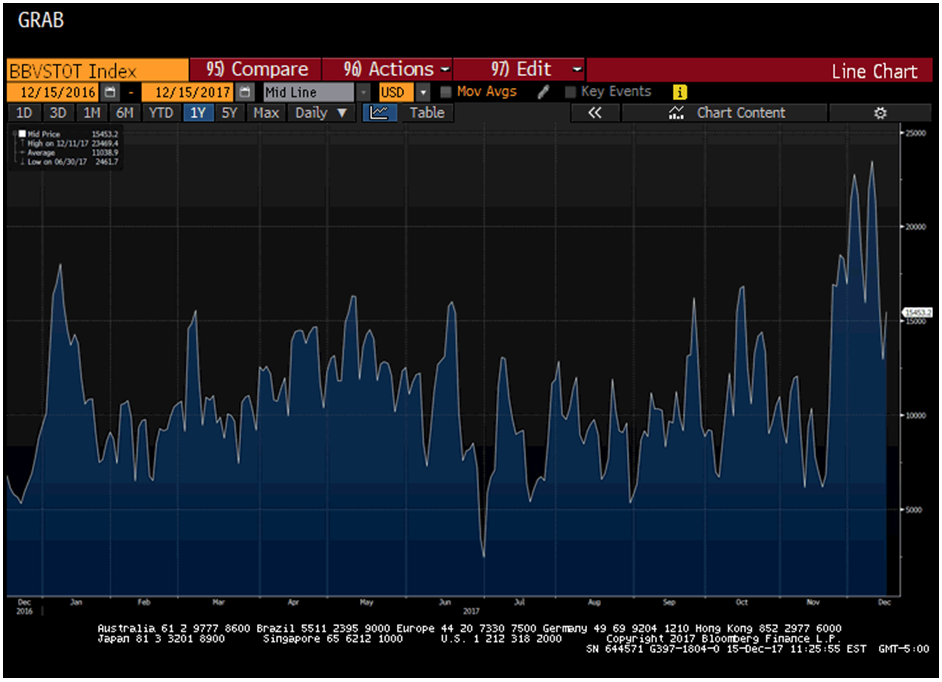 We have seen municipal yields stretch higher, with a number of longer-maturity housing deals having 40-year-plus maturities over 4% and in some cases all the way up to 4.2%. With the 30-year Treasury bond currently yielding 2.70%, muni/Treasury yield ratios are ranging from 140% to 155%, an incredible bargain in our view.

Next year we will see municipal bond new-issue supply decrease sharply, since 2018 issuance has been moved into this year. Even in a world where short-term interest rates will continue to rise as the Federal Reserve raises policy interest rates (most likely 2–3 times next year) and where long-term rates should rise slowly as the Fed lets its balance sheet shrink, tax-free yields should either stay the same or move down as the municipal bond world confronts a market with much less issuance.

Happy Holidays to all – and we will keep you informed on these developments.