Recent data releases have put inflation front and center on the markets’ and policy makers’ radar. Tuesday’s release of headline and core CPI showed continued price acceleration. The overall index jumped 0.9% in June after a 0.6% increase in May and a 0.8% rise in April. Year-over-year, the CPI jumped 5.4%, the largest increase since August 2008 as the economy began to come out of the Great Recession. 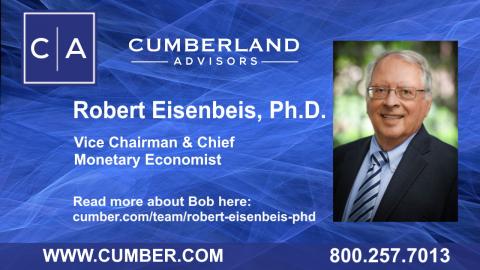 The breakdown by BLS of the components of the increase showed that most of the large increases were in energy, which posted year-over-year increases of between 44.2 and 44.5%. The other large increase was in used cars, whose prices increased 45.2%. Excluding food and energy, which are historically the most volatile segments, core inflation increased 4.5%, the largest year-over-year increase since November 1991. The fact that the bulk of the price increases are in the energy sector gives credence to the policy view that the increases will be transitory. However, a different and more concerning conclusion arises when we look at the detailed breakdown of the components of the PCE index, which is the FOMC target inflation measure, provided by the Federal Reserve Bank of Dallas in its Trimmed Mean PCE index.

The Federal Reserve Bank of Dallas publishes what it calls the Trimmed Mean PCE inflation rate. It uses a sophisticated statistical process to evaluate changes in the 178 components of the PCE price index and discards those components with the largest increases and the largest declines in prices. Behind the process is an attempt to sort out price movements that are just noise (or transitory) from increases that provide reliable signals as to the true path of inflation and where it stands currently. The argument is that simply throwing out food and energy, for example, from either the CPI or PCE is too crude an approach, one that can ignore some price movements that are true signals and not just noise. The actual process is complex, because not only do the prices change, but the weights given to those changes vary each month. (For those interested in the statistical process, see Dolmas, “Trimmed Mean PCE Inflation,” FRB Dallas WP 0506, https://www.dallasfed.org/research/~/media/documents/research/papers/2005/wp0506.pdf).)

What is the trimmed mean telling us now? First, we need to recognize that the most recently available trimmed mean is for May, whereas we now have an indication from the June CPI that there has been a large increase in inflation. Did the earlier trimmed mean data provide us any signals that this substantial increase might occur? In April, a total of 53 of the 178 components with zero change or price declines were discarded on the low end, and another 70 components with price increases were discarded on the upper end, while 55 components in the mid range were included to compute the trimmed mean. Some of those with the highest annualized price increases were Used Light Trucks (138%), Hotels and Motels (174.7%), Air transportation (214.4%), Spectator Sports (216.7%), and Motor Vehicle Rental (505.7%). By May, the price trends were even more striking in terms of the number of included and excluded measures. In the May index there were only 48 excluded components on the low end, while 81 components were excluded on the high end, and only 49 components were included to compute the trimmed mean. The largest price increases were lower than those for May but were mostly in the same categories as in April. For instance, Used Light Trucks were up 107.3% on an annualized basis, and Motor Vehicle Rental was up 293.7% annualized.

The picture that emerges is that more and more components are experiencing price increases, while fewer and fewer are experiencing declines, and the number of supposed signaling components included in the index is falling. These numbers suggest that price pressures have been increasing across a growing number of components, so it should be no surprise that an index like the CPI, which doesn’t throw out components, would experience the kind of inflation reported. Looking across the excluded components in the trimmed mean, we see a broadening of the price pressures being reported, with 56 of the components having annualized price increases of 10% or more. It looks like figuring out which of these increases likely to be permanent as opposed to being merely transitory is becoming more and more of a concern to many observers. This despite Chairman Powell's view expressed in his most recent congressional testimony that he continues to view the increases as transitory.