The UK at Four Months Post-Brexit

As the fourth month after the United Kingdom’s withdrawal from the European Union (EU) comes to an end, this note discusses the developments thus far. Brexit followed lengthy and difficult negotiations that resulted in a separation agreement stipulating that the UK would leave the single market and customs union but no tariffs on goods or quotas would be applied. 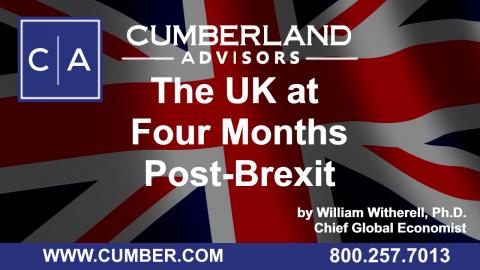 There are, however, new measures, such as safety checks and customs declarations at the border. Also, under the Northern Ireland Protocol, which specifies how to handle trade between Northern Ireland and Great Britain, a new trade border was created in the Irish Sea between Northern Ireland and the rest of the UK. This was done in order to avoid raising a land border between Northern Ireland and the Republic of Ireland, which remains a member of the EU. Businesses offering services lost their automatic right of access to the EU market, and there is no longer automatic recognition of professional qualifications for people such as doctors. In addition to trade measures, there are many other provisions addressing how the UK and EU will live and work together. Among these are provisions regarding travel, education, fishing, access to security databases, data protection, government subsides, and legal disputes, with many subjects requiring further negotiations.

The developments in the first month included some that were better than many expected, while a number of others were negative, including several that are of considerable concern. In the positive column, the robust expansion of the UK’s private-sector economy as it recovers from the deep hole caused by COVID is impressive. The preliminary April Composite Purchase Managers’ Index (PMI) is at its highest level in over seven years. Both the manufacturing and the services components exceeded 60, the first time that has occurred. The easing of restrictions, the fast rollout of vaccines, and falling COVID case numbers have led to increased confidence about the public heath situation; and these factors, along with the excess savings consumers have accumulated, are causing retail sales to surge. In addition, fiscal and monetary policies remain highly stimulative. There will be further reductions in restrictions in May and June, and by then the majority of the population will be vaccinated.

Economists are revising upward their forecasts for GDP growth for the current year. We are now estimating that the UK economy will register 7% growth in GDP in 2021, following its steep 9.8% drop in 2020. Several of the negative developments post-Brexit present down-side risks to this outlook. In addition, there are disturbing reports that COVID variants recently detected in the UK included over 100 cases of the B.1.617 variant that is doing such damage in India and may possibly make existing vaccines somewhat less effective.

Trade issues are featured in the list of negative developments in the first four months of this year. UK trade competitiveness is already being hit by the new customs and regulatory trade barriers with respect to trade with the EU. Note that in 2019 the EU accounted for 46% of the UK’s exports. In the first two months of the year, EU imports from Great Britain were down 47% compared with the same period in 2020. There are many tales of stock stranded awaiting clearances, incredibly complex paperwork requirements, costly workarounds (when these were possible at all), and other delays that make trade transactions completely uneconomic.

Recently, the UK and the EU have been engaging in discussions aimed at developing a “work plan” for implementing the protocol and appear to be edging towards an agreement that will minimize the disruption caused by the checks. That outcome would lead to an easing of tensions within Northern Ireland and between the UK and the EU. The temperature is clearly still high. Following the European Parliament’s finally approving the separation agreement this week, the president of the EC, Ursula von der Leyen, said that Brussels would not hesitate to hit the UK with tariffs if the UK did not implement its commitments in Northern Ireland. Similarly, French officials who are engaged in an argument with the UK about fishing licenses warned that if the UK failed to properly implement the fishing agreement, the EU would take action under the agreed enforcement mechanisms, suggesting financial services as a sector that could be hit with tariffs.

Financial services, an important sector for the UK, were not covered by the separation agreement. In March, the EU and the UK agreed to a memorandum of understanding that would create a “Joint UK-EU Financial Regulatory Forum.” This was seen as a necessary first step before taking “equivalence decisions” that would allow UK investment firms and other financial companies to serve European customers. It is evident that reaching these decisions will require difficult negotiations.

One contentious issue is euro swaps clearing. The UK currently controls 90 percent of this critical activity, a situation the EU finds unacceptable. It does not want to be dependent on UK supervisors should a crisis occur. The trading of euro swaps moved out of the UK to EU financial centers and the US following Brexit; but clearing has remained in London, which remains the global center for clearing. Indeed, the London Clearing House (LCH) clears 90% of the world’s dollar derivatives. Institutions prefer the UK’s flexible and commercially minded bankruptcy laws. The central bank currency swap lines in place between the Bank of England and the European Central Bank stand ready to deal with any sudden demand for funds. It is hard to see the EU’s argument that a change is needed for the reason of financial stability. The US defers primary regulation of dollar derivative clearing to London. It is evident that the EU’s objective, rather, is to obtain the lucrative euro swap clearing business. That aim seems unlikely to succeed. Even should the EU try to force relocation of this business, only 6 percent of euro swaps cleared at LCH come from EU users. Non-EU customers would still be free to use the LCH.

For the UK government, another problem that has gathered some force from the Brexit process and resulting difficulties with respect to Northern Ireland is the Scottish independence movement. Excluding North Sea oil and gas, Scotland’s weight in the UK economy is 7.5%. Assessment of the extraction of oil and gas from the North Sea and the allocation of the proceeds would be a difficult issue in independence negotiations. Another issue would be the determination of what happens to the UK’s liabilities, not only public debt but other liabilities such as the decommissioning of nuclear power stations. Separation would raise many complicated issues and would be costly to the UK and even more so to Scotland.

The Scottish elections on May 6 could well result in a win for the pro-independence parties. The Scottish National Party (SNP), led by Nicola Sturgeon, is doing well in the opinion polls with its calls for Scottish independence, using the Brexit issue of self-determination. Recall that Scotland was against leaving the EU. If it wins, the SNP intends to seek to have another independence referendum. However, the legal power to grant a referendum is held by the UK government, and approval looks doubtful. Should there nevertheless be another referendum, it is not at all evident that the independence movement would win. Opinion polls now show that the yes vote is running below 50 percent despite the popularity of the SNP.

In spite of the difficulties noted above, investors are focusing on the strong recovery of the UK economy, the rapid rollout of COVID vaccines, and the expected continued easing of restrictions. The iShares MSCI UK ETF, EWU, is up 10.82% year-to-date April 26 on a total return basis, just a little less than the 11.28% gain of the iShares MSCI Eurozone ETF, EZU. We are monitoring developments closely. We think it is unlikely that Scotland will break up the United Kingdom by leaving it, but the risk of this happening has increased.

Neither Cumberland Advisors nor this writer hold the above-mentioned ETFs in our investment accounts.