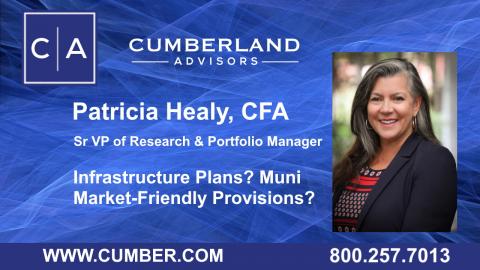 The traditional infrastructure bill is agreed to by both parties and was passed by the Senate in August; however, full passage and final agreement to the bill by the Democrats in the House has so far been conditioned on the passage of the much larger social infrastructure bill. The Democrats are planning to use the reconciliation process, which they can do if they follow the rules on funding, because reconciliation requires only a simple majority in the Senate to pass. See this link for more details on the reconciliation process:  https://www.cbpp.org/research/federal-budget/introduction-to-budget-reconciliation.

There is dissension even among Democrats regarding the initiatives and funding of the $3.5 trillion plan. This disagreement could eventually lead to passage of a smaller package or no passage at all.

The bipartisan infrastructure plan will be funded with a mix of unused COVID aid monies and numerous extensions of taxes and fees, as well as already existing transportation trust funds. The plan is expected to provide benefits of jobs, efficiencies, and economic growth. The social infrastructure plan would be funded by increases of corporate and individual taxes, among other items.

The House Ways and Means Committee budget markup for Build Back Better reconciliation included lower tax rates than the initial Biden plan, for example a 26% corporate tax rate instead of the 39.6% that was originally envisioned. (The current rate is 21%, as a result of the Tax Cut and Jobs Act [TCJA] of 2017.) There would also be a capital gains tax of 25%, up from 20% but below the originally proposed 39.6%. The budget also includes almost $80 billion from stepped-up IRS collection enforcement.

Numerous muni bond-friendly provisions that many in muniland had lobbied for were included in the Way and Means proposal. Two important provisions follow.

This provision allows municipalities to refinance higher-interest debt with new tax-exempt bonds. The ability to do so was eliminated in the TCJA. The ability to do advanced refundings benefits issuers by lowering interest expense and benefits buyers by generally improving the quality and price of the refunded bond because it is backed by US Treasuries until the first call date. Municipal bonds can’t be repaid until call or maturity, so proceeds of the refunding bonds are invested in US Treasuries structured to have cash flows to match remaining principal and interest payments on the refunded bonds. Thus the credit quality of the bonds is likely improved; and if these prerefunded bonds are rated, they receive AAA ratings based on securities in the trust established to secure the bonds.

BABs were instituted after the financial crisis and allowed municipalities to issue taxable bonds and receive a federal subsidy so the cost to the issuer would be at least as advantageous as tax-exempt financing. The problem with BABs was that the subsidy payments were subject to sequestration and the amount of subsidy received by the municipality was lower than promised. Many issuers are adamant that they would not use another such program, so this proposal has language that indicates the federal payment should occur even in the event of sequestration.

Taxable municipal bonds have opened the muni market to new investors. Municipal bonds are generally of higher credit quality than corporate bonds are, and many are natural ESG investments. Cumberland has used taxable munis in its taxable bond strategies since the BAB program was launched in 2009.

SALT provisions were not included in the House Ways and Means proposal.

Many taxpayers had hoped that the ability to deduct full state and local taxes from taxable income would be reinstated, and numerous politicians have pushed for the rollback. It could still be included, but reinstating it may be difficult, because it is seen by progressives as a tax benefit to the rich.