What is Camp Kotok???

This is not a routine Cumberland Advisors Commentary!  Rather than offering commentary on issues and events of importance to the investment and advisory community, this Commentary reports on a very unique and special event for the investment and advisory community known as "Camp Kotok", held annually at Leen's Lodge in Grand Lake Stream, Maine, one of the State’s most remote venues (www.leenslodge.com). Many have asked about this event; here is an overview.

Camp Kotok  (“CK”) is a “by invitation” event for individuals associated either directly with Cumberland Advisors or with the financial industry, generally. Attendees convene in Washington County, Maine under “Chatham House Rules” (what is heard and/or exchanged among the attendees is on a “non-attribution” basis unless expressly authorized to the contrary). General thoughts, ideas, forecasts and comments, however, can be discussed and published outside of CK.

This annual early August event evolved after David Kotok invited several other 9/11 "survivors" to relax, fish and reflect almost one year after the World Trade tragedy, from which many CK attendees escaped and where many lost friends. Fishing together on the pristine Maine lakes helped the attendees to form a bond in this restorative environment. Those who attended in the first year decided to return and invite others - thus "Camp Kotok" was established.

Several weeks ago 49 people met in West Grand Lake - some "old timers" and some "newbies". What a great experience this year!  We had attendees from both North and South America as well as a new participant from Scotland. It was a particularly congenial and accomplished group.

We fished each day and enjoyed daily lunches of freshly-caught fireside grilled fish on several of the many small picturesque islands in the middle of the “grand” lakes. Abundant breakfasts and delicious dinners were prepared by the Lodge. The new owner, Scott Weeks and his lovely family, together with the former owner, Charles Driza, welcomed us warmly and went out of their way to meet the needs of every "camper".

A highlight this year - a special surprise guest joined us for Friday evening's annual Maine style "lobstah" dinner.  Senator Susan Collins joined us for drinks on the deck and stayed thru dinner.  She graciously spoke directly with almost everyone. Senator Collins addressed the attendees sharing her personal experience regarding the "skinny" healthcare bill vote and other current political issues. She was fabulous and despite the many political views among CK attendees, she won virtually everyone's heart with her graciousness, charm, direct talk, warmth and openness. It was a very special memorable treat for everyone to have Senator Collins join us. 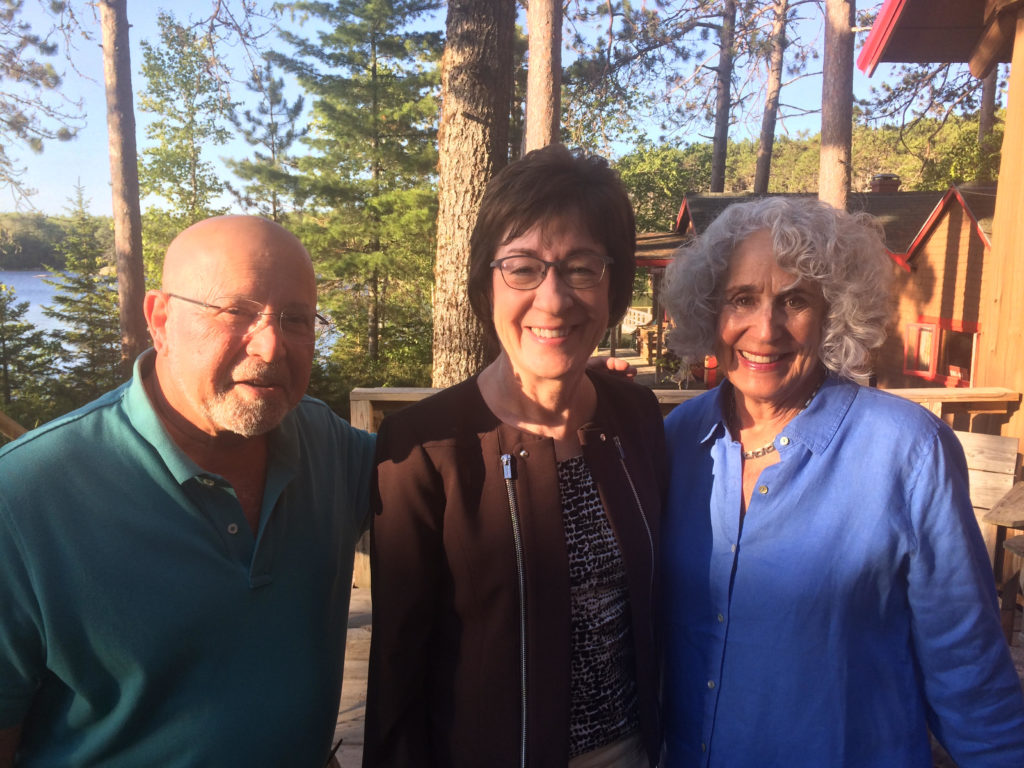 Beyond the special visit of Senator Collins, highlights included:
•    Intense and probing pre and post-dinner conversations about the economy and the world on the deck (along with wonderful wine and hors d'oeuvres - part of the tradition is that each participant ships several bottles of excellent wine to share with others)
•    Participation in a financial forecast survey of key factors for the upcoming 12 months as well as a review of the prior year's financial forecast survey – including distribution of funds that the prior year’s attendees “bet” on the accuracy of the forecasts.
•    Participation in an anonymous survey of "camper" opinions regarding “current events” such as best (fake) news media, who they would vote for if they had it to do over, health care, tax code restructuring, immigration, etc.
•    An exciting and provocative five person panel discussion planned and prepared by veteran campers prior to arriving at CK.
•    As many members of the media are among CK "campers," some articles about CK are listed on the right. These views will help readers learn about the many issues discussed at Camp Kotok.

Be sure to check out the resources at the Global Interdependence Center (GIC) as well. In 2021 Cumberland Advisors partnered with the GIC to administer the event following the retirement of Sharon Prizant. This one year trial was a success, and starting in 2022, the GIC will be handling the organizing details. Cumberland will still participate and is a GIC contributor and supporter of GIC programs.

In addition the are lots of photos taken during these gatherings and you can find many via Yahoo, Bing, and Google searches plus a series of videos consisting of interviews, talks, and panels that is available on YouTube: https://youtube.com/playlist?list=PLu1JZIQ1mPru-W_DRKC3jThk3kIrY-4Hv. 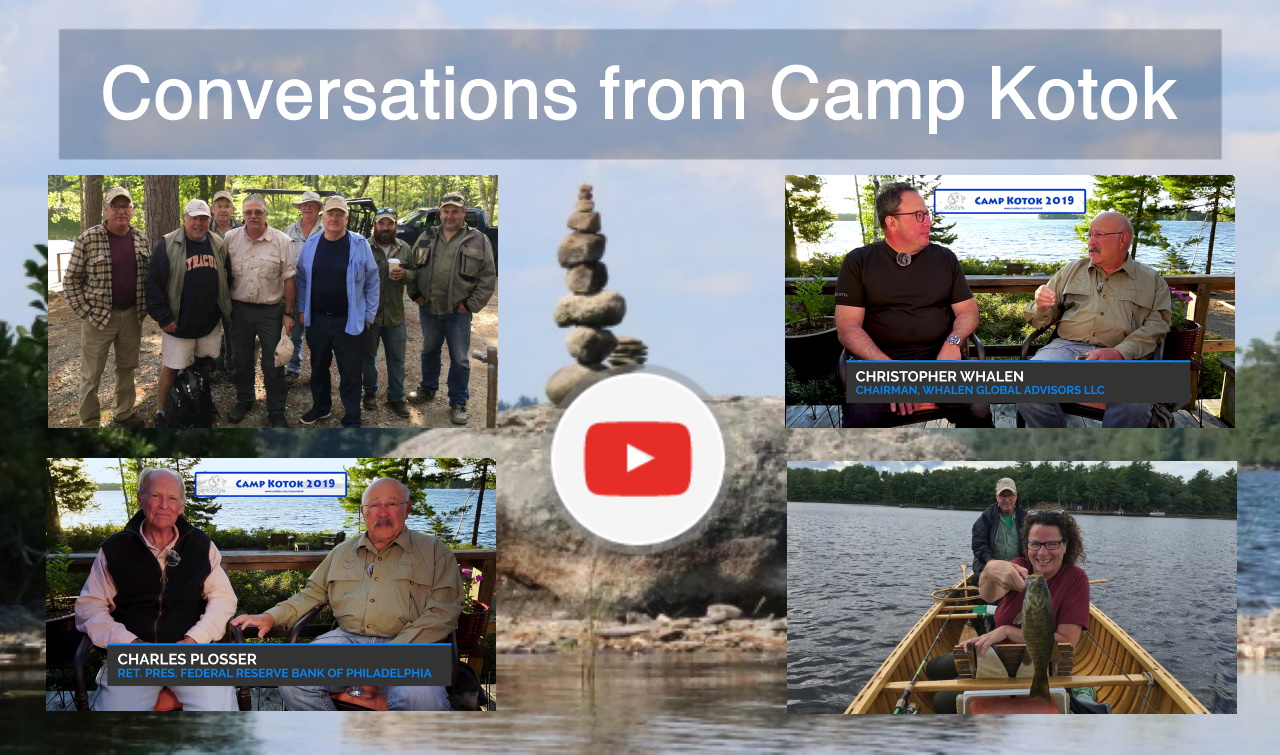 We hope this “special” Commentary provides a glimpse into what has become a tradition at Cumberland Advisors. From this trip, other Camp Kotok excursions have evolved including a June weekend at Leen's (with children!), a smaller group that gathers for Labor Day Weekend, and sporadic CK/West events at Hubbard's Yellowstone Lodge in Montana. These are inspiring and fun experiences!